The Pros and Cons of Eating Before Your Workout

The Pros and Cons of Eating Before Your Workout

Details on the ketogenic diet, intermittent fasting and what happens to your body when you work out without eating.

Whether or not to perform cardio on an empty stomach, known as “fasted cardio,” is a subject of great debate. One theory is that working out first thing in the morning without eating burns more fat by denying your body a fresh supply of glycogen. The reasoning seems to make sense. Without anything else to burn, your body turns to already-stored fat for energy. Unfortunately, the evidence suggests that the numbers may not work out that way at the end of the day.

When you take the “afterburn” effect into consideration — that is, the heightened caloric burn that you experience after a workout — the amount of fat oxidized in a day is comparable regardless of whether the cardio performed was fasted or fed. In other words, fasted cardio may burn more fat during exercising, but that effect is counterbalanced by an increased carbohydrate burn later in the day. On the other hand, research shows that subjects who ate before exercising oxidized more fat in the recovery period than those who performed fasted cardio.

There are also reasons beyond “which burns more fat” for eating or not eating before cardio. Some people prefer to consume a meal before cardio activity, while others feel sluggish after eating. Someone else might feel faint if they don’t eat first, while another feels nauseous when exercising after a meal. Do what feels better for you.

However, it is generally better to at least eat a snack, small meal, or protein shake before exercising. Consider that food is fuel for your body. If you work out without fuel, you likely won’t be able to train as intensely or for as long as you’d be able to with an adequate energy supply. Even if fasted cardio burns more fat, there’s a chance that an overall decrease in performance would negate any potential benefit. If you plan to work out for longer than an hour, eating beforehand is especially important because you will already be taxing your glycogen supply.

A study published in Strength and Conditioning Journal concluded that fasting before cardio exercise does not produce a notable increase in fat oxidation and may even produce inferior results. The study goes on to say that “training early in the morning on an empty stomach makes it very difficult for an individual to train at even a moderate level of intensity.” The downsides can extend beyond the workout as well. Fasted cardio may set you up for an energy crash later in the day.

Skipping breakfast alone may not do much to increase your fat burn, but performing cardio before breakfast as part of an intermittent fasting plan can be effective for weight loss, especially when combined with a ketogenic diet.

First of all, what is a ketogenic diet? A ketogenic diet is one that involves a high intake of fat, adequate intake of proteins and low intake of carbohydrates. When you follow a high-fat, low-carbohydrate diet, your body enters a metabolic state called ketosis where it’s able to use fat more efficiently as fuel. The diet is named for the ketone bodies, byproducts created when your body converts fatty acids to usable energy, that are generated when you follow the diet.

The goal of a ketogenic diet is to force your body to metabolize fat as its primary source of energy rather than carbohydrates. The primary benefit of entering this state is that your body will metabolize more fat than it would with a high-carbohydrate diet. Fewer carbs in your system will lower insulin levels, which is beneficial for weight loss as insulin tends to have a lipolysis (the breakdown of fats) blocking effect. Ketosis can also suppress appetite, making it easier to regulate your calorie intake.

How does the ketogenic diet play into intermittent fasting? Intermittent fasting involves restricting food intake during specified periods of time. A common approach is to shift the timing of your meals so you eat within an eight-hour window of the day. Near the end of a fast, such as first thing in the morning, your glycogen levels will naturally be low. By training on an empty stomach and following your workout with a ketogenic meal, you’re further forcing your body to metabolize fat as its primary source of energy.

The downsides to intermittent fasting and a ketogenic diet are that it can be a difficult lifestyle to adhere to and can sap your energy, resulting in lower intensity workouts than those fueled by carbs.

If fasting and a high-fat diet do not appeal to you, what can you do to maximize fat burn? One solid approach is high intensity interval training (HIIT). Compared to steady-state cardio, HIIT is generally more effective at reducing body fat. By alternating between periods of high and low intensity exercise, you can burn more body fat and calories during the workout and keep your metabolism consuming fuel at an elevated rate for hours to follow. 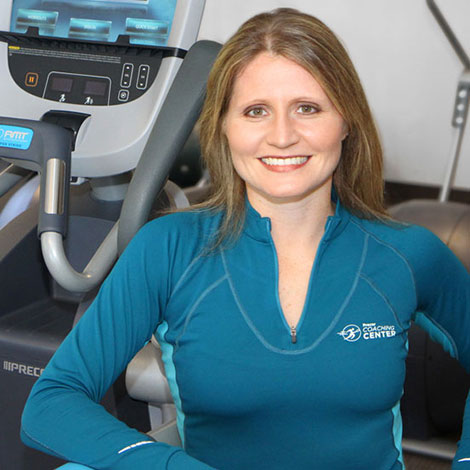 Erica Tillinghast is global education manager at Precor. A certified personal trainer, Tillinghast is responsible for developing the education that operators need to help clients get the most out of their workouts on Precor equipment. Her training videos and workouts, located in the Precor Coaching Center, are grounded in exercise science and inspired by popular trends and proven training methods.